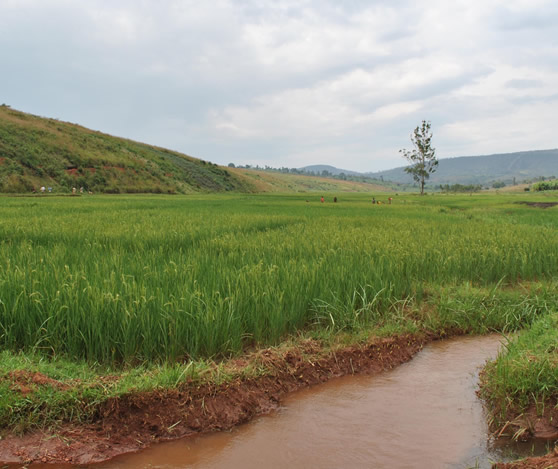 These indices indicate the relative level of the total volume of the agricultural production, for each year, compared to the base period 2004-2006. They are calculated by making the sum balanced by the price […]

Evolution of the grounds used for cereal production between 1961 and 2014 in Burundi. Land under cereal production refers to harvested area. Cereals include wheat, rice, maize, barley, oats, rye, millet, sorghum, buckwheat, and […]

Evolution of the consumption of fertilizers between 2002 and 2013. It consists in a measure of the quantity of plant nutrients used per unit of arable land (land, temporary crops, temporary meadows for mowing […]